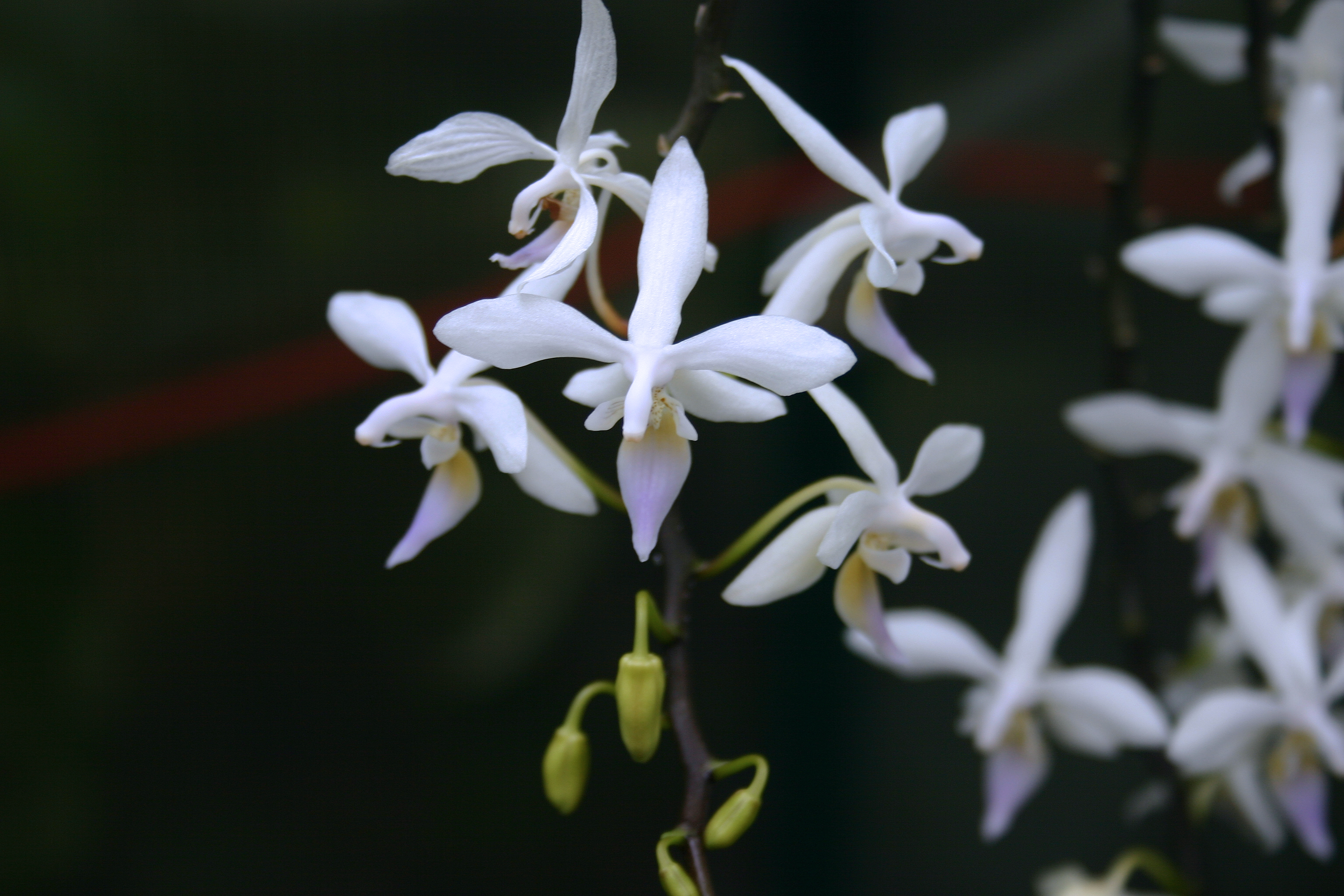 In this section I'm going to spend some time discussing my thoughts on breeding directions for blue Phalaenopsis. As there is currently very little available information, most of the information presented is based on my own observations and opinions. I have been growing and hybridizing orchids for over 20 years now and consider myself an advanced grower. But by no means am I an expert at plant physiology. For that reason most of my thoughts on this subject are not strictly based on scientifically proven methods, but my own observations. Orchid hybridizing is often part science and part good instincts.

As our hybrids begin to bloom out we'll continue to build more information on breeding coerulea Phalaenopsis, hopefully proving out some of my own theories. As we have extra hybrids available, our catalogue will reflect the approaches described here.

As I have time, I will start documenting my thoughts on my different hybridizing approaches. I would welcome any thoughts and suggestions regarding this subject. At the moment it appears that any commercial attempts at hybridizing blue Phalaenopsis are happening in secrecy. I hope in the future that this line of breeding will be mainstream and openly discussed.

September 12, 2006
Today a full year has passed since my original breeding plan was documented. Since that time extensive discussions with other hybridizers and new advancements have allowed me to refine my breeding program in some areas while increasing the scope of the program in other areas.

The addition of the very saturated Phal. violaceas from the Norton/Ooi line, also known as the Indigo violacea, has opened the doors to remake many of the original coerulea primary hybrids with the hopes of creating an even stronger foundation for coerulea phal breeding. In July of this year I was lucky enough to bloom my first violacea from this line and have been attempting to integrate it into my breeding program. A second plant from one of these crosses is in spike with several others growing very strongly. By next year I hope to have 4-5 Indigo violaceas that can be used for breeding. I'm very pleased that at this time several crosses appear to have taken using violacea "Sapphire's Navy" as the pollen parent. IF the pods mature and we get good germination, I'll announce those crosses at that time.

Line breeding has and will continue to be a significant focus of my breeding program. One major goal at this time is working towards a true coerulea Phal. equestris. I am directly trying to improve the cyanochilus strain through line breeding and back crossing cyanochilus with other forms of equestris in the hopes of getting a flower with some blue in the sepals and petals. It will likely take several generations before a true coerulea equestris can be achieved.

The following equestris crosses are currently in production in the lab:

Additional primary equestris var cyanochilus crosses currently in production:
(Please note many of these crosses are extremely limited quantities and we may not begin releasing them until we have bloomed out the first batch of seedlings.)

On a smaller scale I have started some line breeding with coerulea Dts. pulcherrima. Several other breeders are also focused on improving the coerulea pulcherrimas, so this is not a huge focus of my own program.

However the end goal is to create a good coerulea Dtps. Purple Gem with the hopes of eventually ending up with a coerulea Phal that is suitable for the pot plant industry. I'm currently using a standard equestris var cyanochilus with the coerulea pulcherrimas in the hopes that the coloration will carry over. In the future if a true coerulea equestris is created, this cross will be remade again using the best available equestris and pulcherrima available at that time.