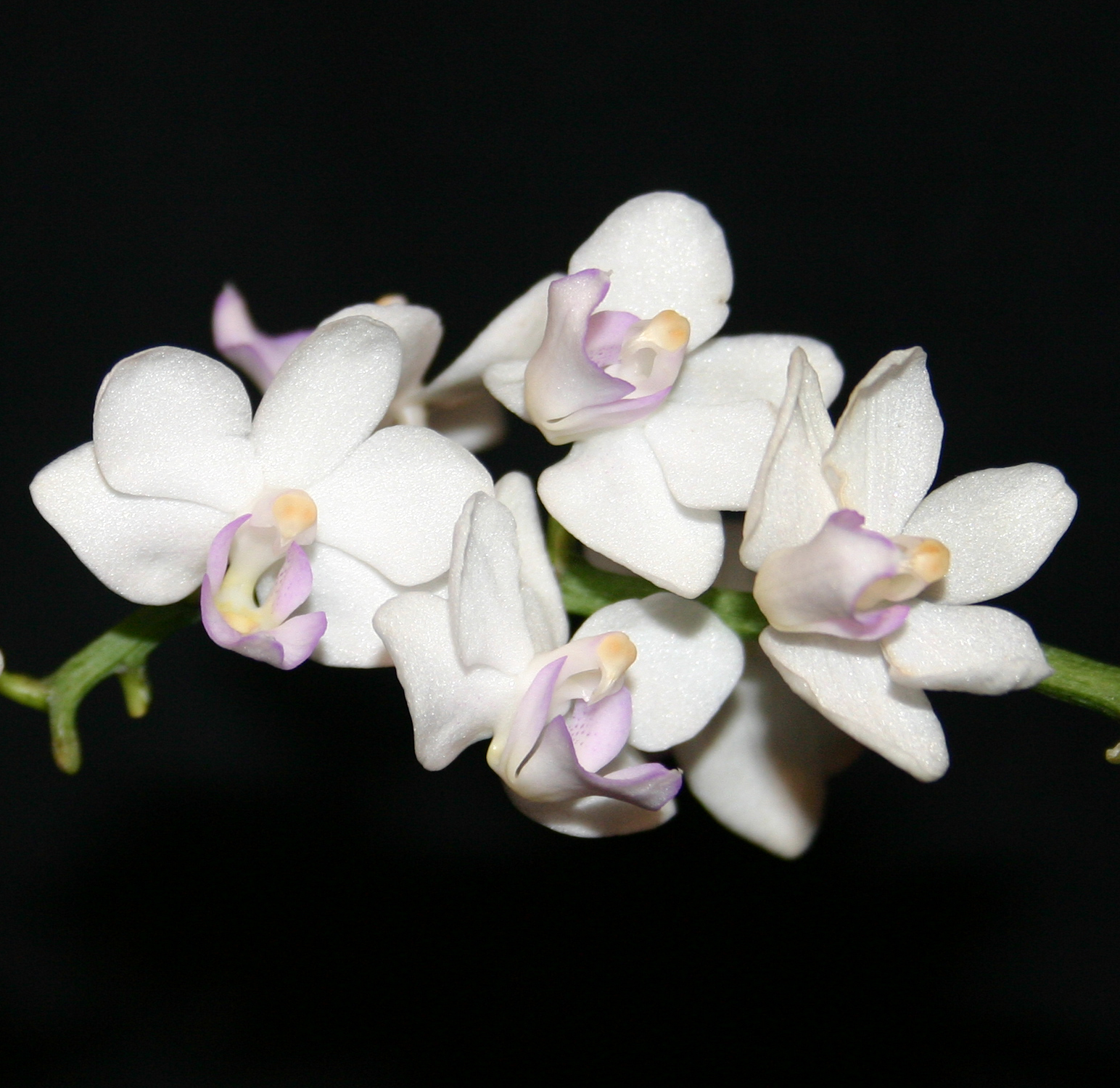 Breeding for blue in Phalaenopsis is a particularly difficult prospect in that the pigments traditionally associated with blue do not exist in Phalaenopsis. To further complicate the matter, neither condition that results in blue coloration in phals is a particularly dominate trait. Pigment combining techniques such as using yellow pigments to enhance the color of a red orchid is highly effective in creating highly saturated red Phalaenopsis hybrids but will not work in this situation. A great deal can be learned from the techniques that have worked with red phals, but new approaches must be identified in order to succeed.

As with any breeding program that is focusing on a recessive or uncommon trait, it is extremely important to identify the components that create the desired trait and breed selected plants in a manner that will lead to dominance of that trait. Traditionally this is accomplished through selective line breeding and outcrossing to similar plants through multiple generations. Given that pigment combination in the traditional sense will not work, it is unrealistic to think that there is going to be some breakthrough approach that will quickly lead to an intense blue.

With all of this in mind my current breeding program is focused into a three pronged approach:

The immediate goal of my current hybridizing program is to create a set of hybrids utilizing coerulea and pigment neutral Phalaenopsis that can serve as a foundation for creating future blue Phalaenopsis. It is very important to note that many of the first hybrids will not express the blue/violet pigmentation currently associated with blue Phalaenopsis.

The cross of Timothy Christopher x pulcherrima var coerulea is such an example. (image 1.)For this reason a long term hybridizing program must be planned out with the final goal of creating the elusive blue Phalaenopsis and visual cues will not always be good indicators of success or failure.